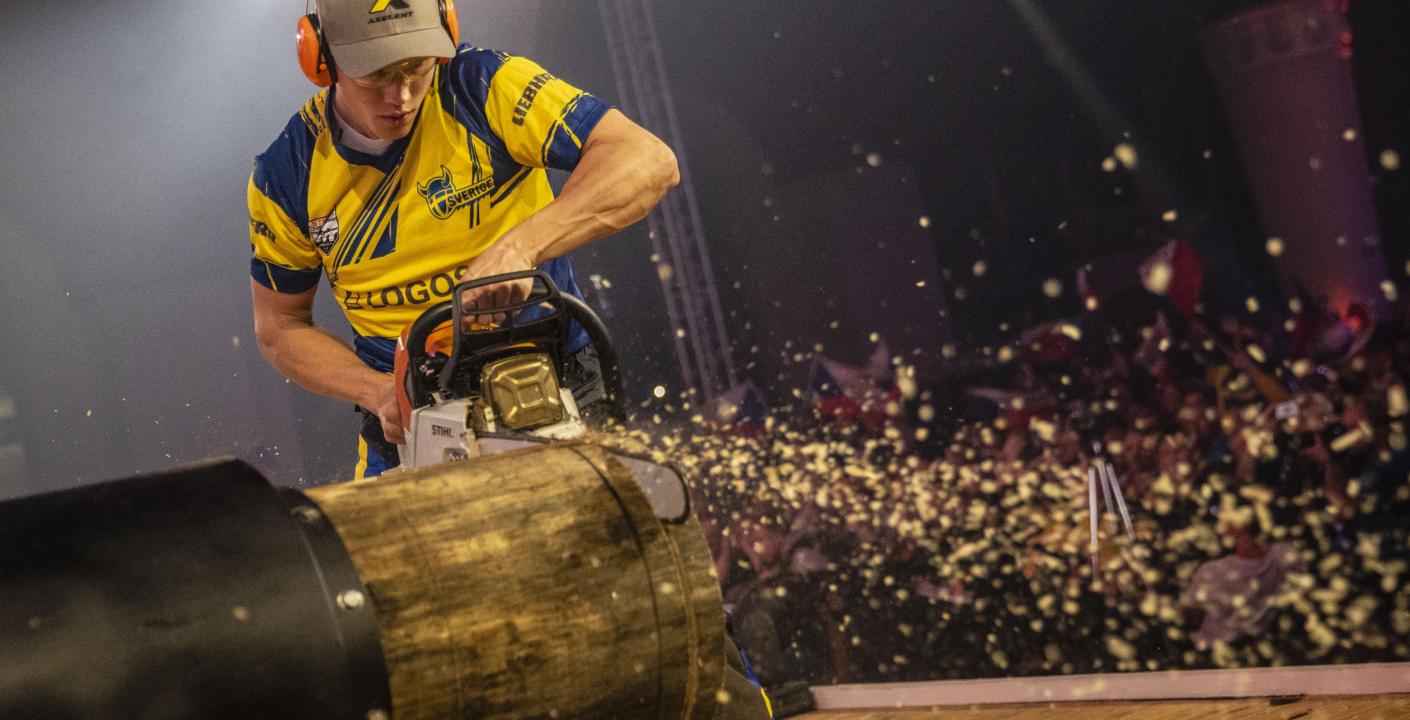 Ferry Svan has done it again, from being the first Swedish athletes to earn a junior world championship title to placing seventh and to reach second round during the STIHL TIMBERSPORTS® Individual World Championship this weekend. In front of a sold out arena in Pragie, Ferry also set three new personal best, including a Nordic record. Australias Brayden Meyer was able to crown himself new world champion after tonight’s competition.

During tonight’s STIHL TIMBERSPORTS® World Championship in Prague, it was the first time Ferry Svan represented Sweden in the individual championship. In august he won the Nordic Championship and qualified to the world championship, among the world’s top twelve athletes, and as the youngest Swedish athlete in history. The plan was to go to Prague to watch and learn, but also to make it through to the second round, out of three, and with that be one of the top eight athletes in the world. At the competition’s end, Ferry could once again write his name in the Swedish TIMBERSPORTS® history books, as he qualified for the second round and took a seventh place all in all, making it the best placement for a Swedish athlete during an individual world championsip.

“Even though I reached my goals, making it to the second round, I am still a bit disappointed of my efforts. But then I think about the ranking as the seventh best athlete in the world, of course I am very happy, “says Ferry Svan.

New Nordic record
Prior to the world championship, was in good shape. He has been practicing and training a lot to reach his goals. His hope was to set a few new personal best and possibly Nordic records. In the first discipline of the evening, he set the bar high with a new Nordic record; the new time was adjusted to 19,28 from 21,33. Personal bests was also set in the disciplines Standing Block Chop and Springboard.

“I am very happy for three new personal best including one Nordic record, during my first Individual world championship. That means I can adjust my times even more in other disciplines, and the record is a receipt that my training is giving result,“ says Ferry Svan.

Double titles for Australia
At the end of the competition, Brayden Meyer from Australia was placed on top of the podium, earning the world championship title after placing first in four of six disciplines. The 24 year old earned double titles after Australia’s win during Friday’s Team World Championship.